The Greek Forum of Refugees firmly strives for the active participation of refugees, asylum seekers and migrants in the decision – making processes in the context of empowerment, but also the further democratization of the public dialogue. It is the organization’s belief that refugees and migrants can be part of the solution to contemporary problems, contributing to the wider social progress through initiatives, synergies and, above all, through enhancing the culture of convergence. Our desire is to highlight the elements that unite society, as opposed to those that seem to divide it.

The Greek Forum of Refugees defends the human rights principles according to the international law and advocates for the rights and obligations of asylum seekers, refugees, migrants, and stateless people in the context of their effective and active inclusion in the new host society. The organization networks at national, European, and international level, strengthening the representation of asylum seekers and refugees, claiming their political participation, strengthening their role as equal citizens, and combating discrimination. The Greek Forum of Refugees is the bridge of communication between the newcomers and the host society.

We defend the rights of Refugees

The Greek Forum of Refugees is actively participating as bearer of Advocacy for the organised refugee communities in the Inclusion Councils of immigrants and refugees, which have a consulting role in every municipality of the country.

The srategic goal of the organisation is the creation, the reform and constant operation  of the councils in every municipality that has is inhabited by refugees and immigrants, reassuring on one hand a constant representation and also communication with the authorities for any problems that might occur in a domestic level, but also the initiatives and actions as defined by law for assembling Inclusion councils of immigrants and refugees.

The procedure mentioned above, in addition to the participation of refugees and asylum seekers in social things, we claim a stronger interaction with local societies, but also enhancing the role of local authorities and encouraging initiatives in a political level. The organisation is a stable and reliable interlocutor of the state for facing mutual challenges 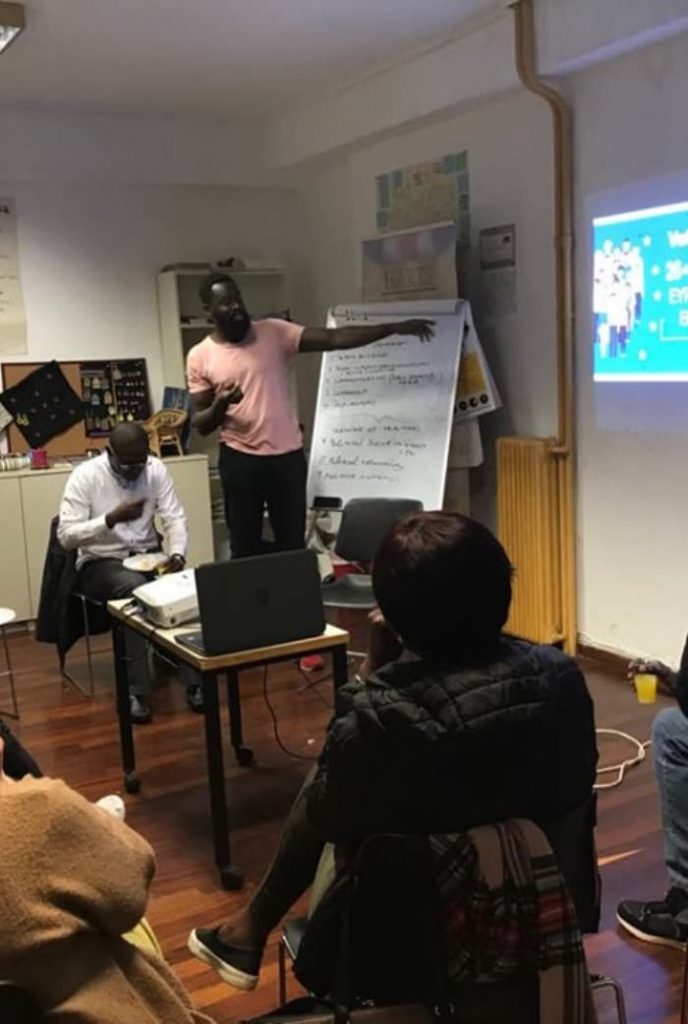 The Self-Advocacy Team (SAT) of the Greek Forum of Refugees consists of refugees, asylum seekers, migrants and second-generation Greeks who are active members of their communities and integrated into the Greek society. The members of the SAT constitute the backbone of the organization, expressing the positions, principles and values on which the association was based since its creation, publicly representing the refugee and migrant communities and strengthening the voice of refugees and migrants in the public sphere.

The SAT is an initiative of the Greek Forum of Refugees which, based on the experience of mobilizing and empowering the refugee communities in Athens, revealed to us a solid path to continue our mission for an even more active participation in public affairs, always at the grassroots level, and the assertion for a more holistic and effective inclusion and integration of refugees and migrants in society. Given that advocacy and that the Community organizing should be realized by community members is one of our association’s main goals, the advocacy group aspires to be a constant representation of communities in the context of the perpetual assertion of the political rights of refugees and migrants. Members of different nationalities enhance their skills through workshops and activities that aim at an enhanced interaction with communities, and to support a holistic social inclusion that strengthens their voice and visibility with the intent of influencing policy makers, providing at the same time consistent and regular feedback from the field.

Learn more about our Cause