Press Release: Amir’s mother writes a letter to the Prime minister that concerns us all

Topic: Amir’s mother writes a letter to the Prime minister that concerns us all

The Greek Forum of Refugees is publicising the letter prepared by Amir’s mother; however, she did not read it entirely during the symbolic meeting of the family with the Greek Prime Minister, Alexis Tsipras, on Saturday 4th of November. While her son had prepared to carry the Greek flag during the celebration of the 28th October, this right was denied to him.

We express our anxiety on the institutional level about the return of this type of attacks and we ask for the case not to be forgotten and those responsible to be brought to justice. 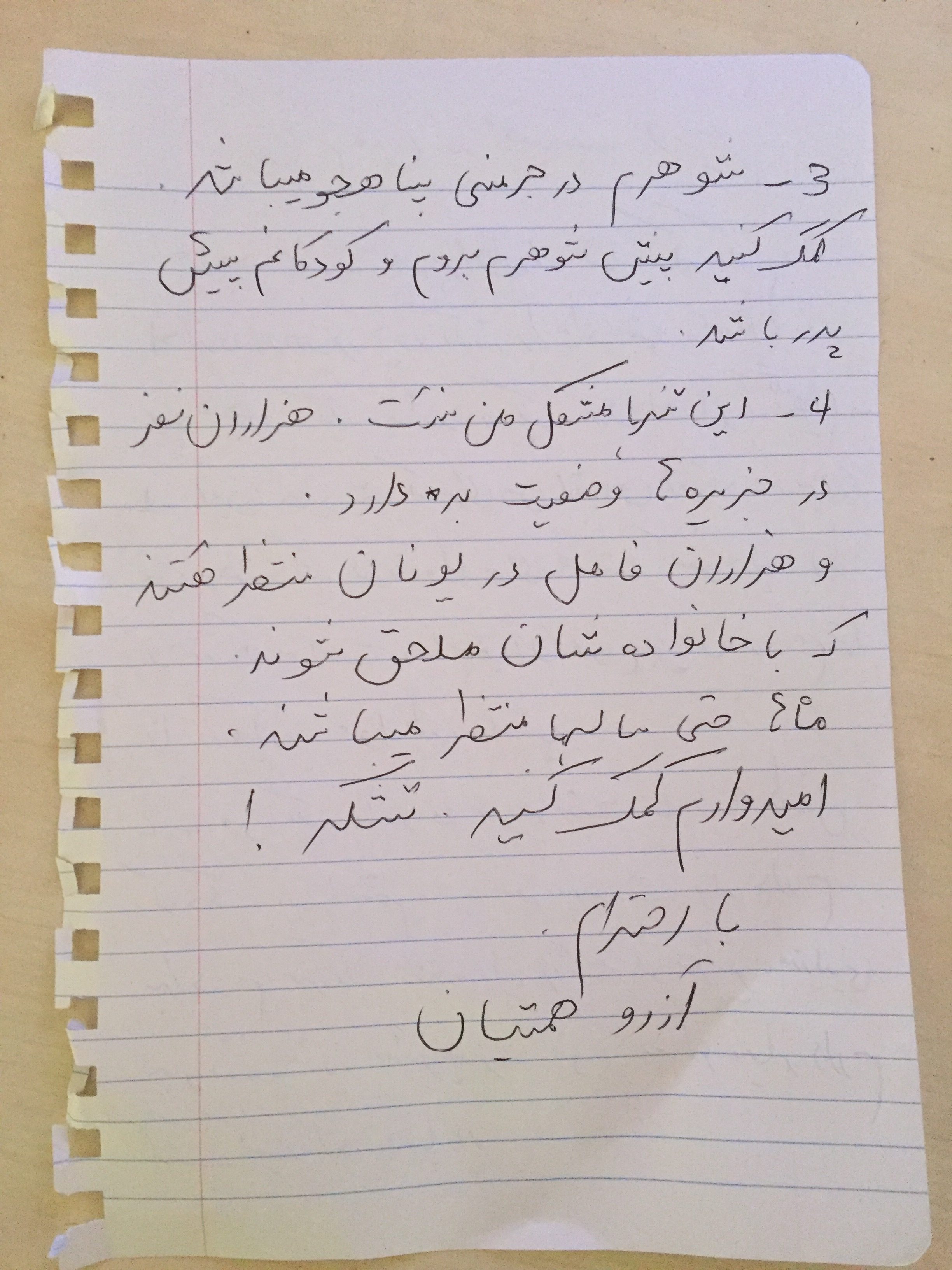 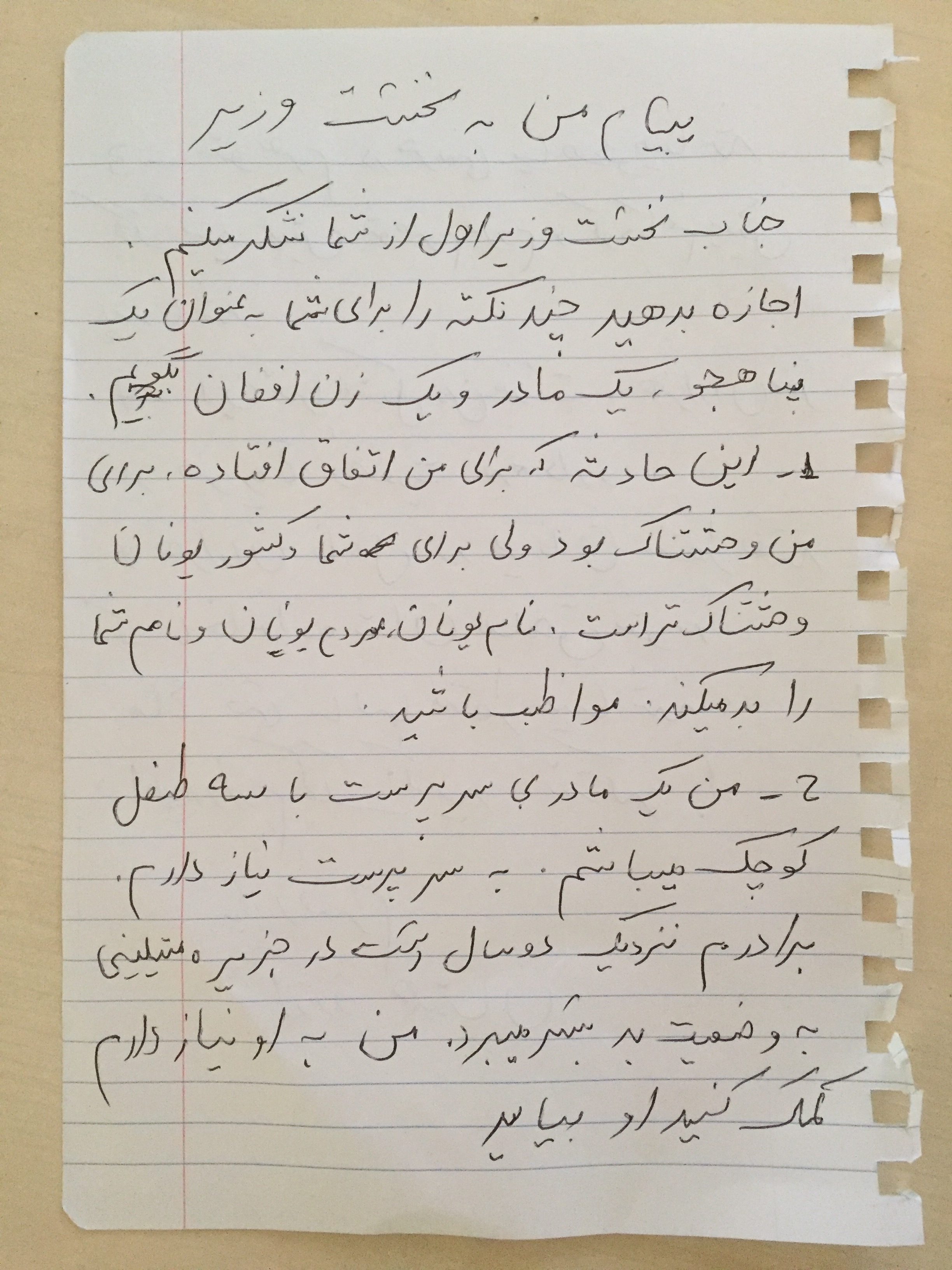