Monday, 16 April 2018 representatives of the Refugee Communities and the Greek Forum of Refugees visited the minister of Migration Policy, Dimitrios Vitsas, and took the opportunity to pose certain issues that are of great concern to the refugees, migrants and asylum seekers in the country.

We are citing below the letter preceding the meeting. 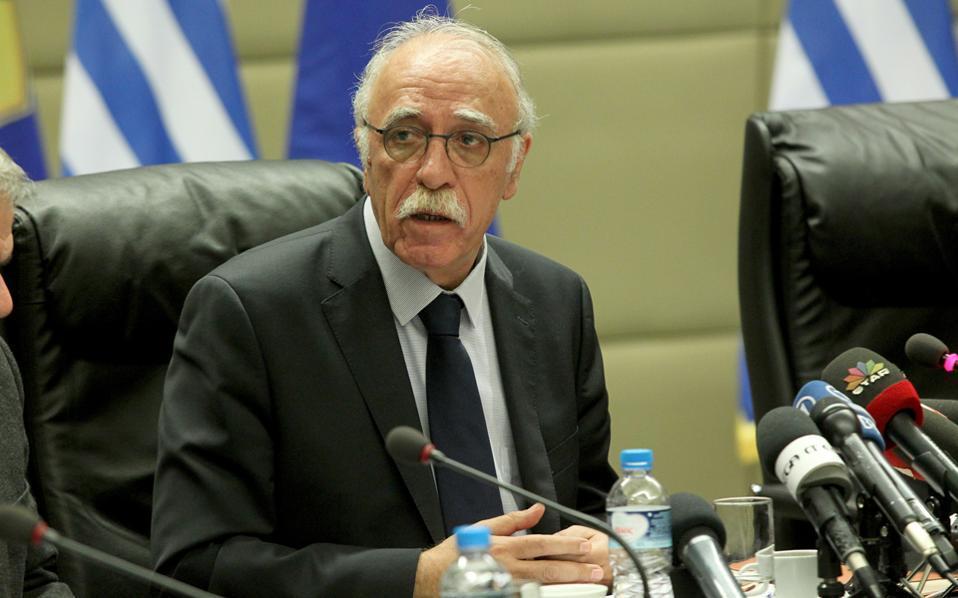 The image may be subjected to copyright

The Greek Forum of Refugees (GFR) would like to welcome you to your new position and wishes you the best of luck in your new tasks.

As a Refugee Communities Network, set up in 2010, our main purpose is to defend the rights of refugees and asylum seekers and inform them of their rights and obligations, as well as encourage self-organization and participation in the local community.

Below we briefly outline some of the serious issues facing Refugees and Asylum Seekers.

1. Accommodation: despite the availability of reception centers and camps, the issue of access to accommodation remains a major issue for a large number of asylum seekers, especially newly arrived, vulnerable and unaccompanied minors. Exclusion from housing also means exclusion from several other vital GFR recommendation: with the experience gained we feel better and more effective coordination and cooperation between agencies, services and structures is needed to maximize benefits for the people, but, also, the presence of Community Workers to identify problems and omissions especially for vulnerable groups. The Greek Forum of Refugees with its experience in the field can institutionally contribute to this.

2. Access to the asylum procedure: the asylum application still remaining possible only through a skype call requires a long time -even months- to bring in results. Therefore, these people are excluded from other basic services and benefits. In addition, we note the lack of knowledge and training of asylum practitioners as to the reality of each country where the uprooting of the population is due, as in the case of Chinese asylum seekers, for example. GFR recommendation: We find that what was to temporary has become permanent in the case of skype. Οur communities put a lot of effort in helping in this respect, but direct access to asylum services is a basic right of asylum seekers which should be granted promptly and timely by all means.

3. The lack of reliable and timely information to refugees and asylum seekers, which has remained a major problem for many years at all stages, from the moment of entry to recognition and stay. GFR recommendation: Proper information of refugees and asylum seekers, particularly on their rights and obligations, should be made mainly at the point of entry into the country and in a more systematic way. The Communities act as a reference spot and we are voluntarily trying to solve problems that we could, by taking on a more institutional role, do much better by harnessing our communication and mediation skills.

4. Insufficient health services, especially psychosocial support services, but also to the already existing ones, a serious problem posed is the lack of trained cultural mediators. GFR recommendation: It is necessary to strengthen the health services and ensure the presence of trained cultural mediators with experience –whom GFR has at your disposal-, who can train even more in cooperation with the related bodies.

5. Risk of exploitation of refugees and asylum seekers by traffickers. The lack of prospect and hope, as well as the wretched living conditions both in the mainland and due to the overpopulation of the hot spots, on the islands and the lack of prospect of inclusion and proper information, has led to despair and ultimately blackmail in the hands of traffickers for years. GFR recommendation: better informing of refugees and asylum seekers as to the dangers of exploitation by the traffickers can make a critical contribution to addressing the issue.

We leave last but not least the integration framework for both asylum seekers and recognized refugees.

The issue of inclusion has been a matter of concern to the GFR since its creation and we believe that the existence of a stable and systematic inclusion policy in the country is more than necessary, especially now that a significant number of refugees seems inevitable to remain in Greece.

The most important problem we are experiencing is our exclusion from participation in decision-making and monitoring of implementation on issues that concern ourselves. There can be no effective inclusion policy without our own contribution. A serious barrier to the whole process is the lack of recognition of skills, experience and educational qualifications that we have.

The Greek Forum of Refugees believes that services contributing to the integration of refugees must be stable, consistent and measurable. The development and implementation of an effective and stable inclusion policy requires the involvement of the refugees and the Communities themselves.

Finally, we are most concerned about the growing racist and fascist threats and attacks against us – such as the recent assault to the Afghan Community of Immigrants and Refugees in Greece – as well as against groups and organizations of solidarity, attacks that have intensified recently. We consider it necessary to take drastic measures to prevent such incidents and bring those responsible to justice.

We find that racism, intolerance and xenophobia are on the increase in the country, triggering such attacks, which can be combated only through appropriate education and awareness at all levels, and by enhancing police efforts to directly identify perpetrators and lead them to justice. It is very important to inform refugees, immigrants and asylum seekers of the need to denounce and record such incidents.

We would like to thank you for this very useful meeting and we hope that at our next meeting you will have the opportunity to present our specific proposals more extensively because it is commonplace that more work is needed to find effective solutions.

On behalf of the Communities

0
SHARES
ShareTweet
Struggling for a dignified life is a right, not a crime! The Moria 35 punitive trials Invitation: To The Brink & Back