Greek authorities are failing to provide adequate protection for asylum-seekers women in the Moria “hotspot” said Human Rights Watch based on the interviews of 25 women living there. 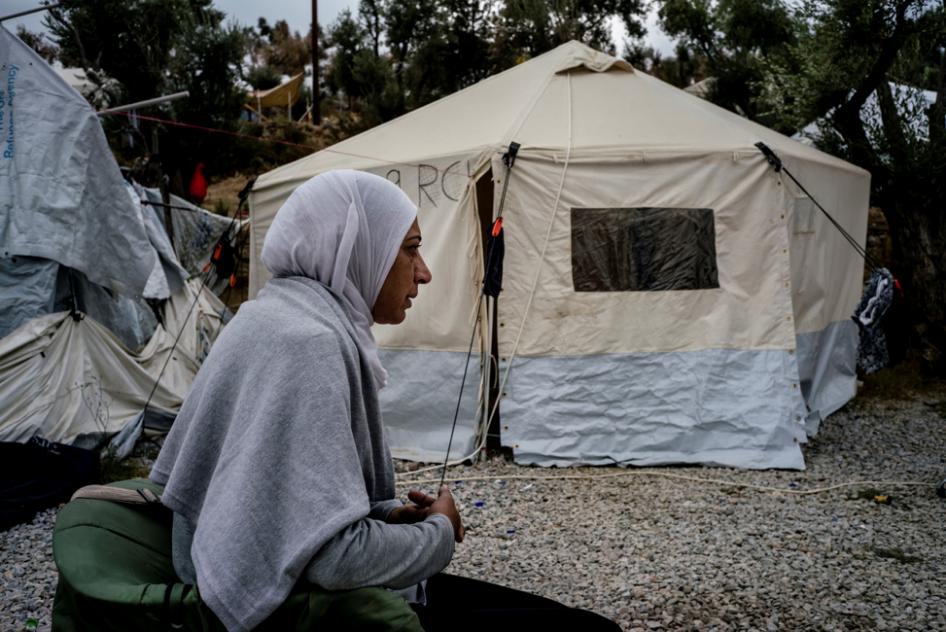 They described harassment, the threat of gender-based violence, and health risks due to insufficient security, poor hygiene and sanitation facilities and failures in identifying and address the needs of vulnerable people.

Thousands of women and girls are trapped in the Greek islands, often in horrendous conditions, due to a “containment” policy for asylum seekers, to facilitate speedy processing and return to Turkey under the EU-Turkey deal. As of December 13, the population in Moria, which has a capacity of 2,330, has been 6,238.

Greek authorities, with EU support, should promptly investigate reports of harassment and violence in Moria and take urgent action to ensure that asylum-seeking women and girls can move freely around the hotspot and safely and securely access all of its facilities. There should be separate, secure shelter for women and girls traveling alone, and separate, secure, accessible, and hygienic toilets and bathing facilities that ensure privacy for men and women. Authorities should provide adequate lighting and identify and monitor high-risk areas. The EU and the Greek government should work together to identify asylum seekers in hotspots who meet “vulnerability” criteria and facilitate their access to appropriate shelter, services, and asylum processes. Under Greek Law, nine categories of people considered vulnerable are granted to special protection, including access to services, and exempts them from the accelerated admissibility process under the UE-Turkey deal.

Greek authorities are aware of overcrowding, poor hygiene and protection risks in Moria but they have not acted. Greek government should end the containment policy on the islands, including women and girls, and, with the support of the EU and UNHCR transfer asylum seekers to the mainland, and provide them with adequate accommodation.