Greece, Europe and the refugee crisis

Due to the fact that the majority of the world’s refugees are hosted in some of the world’s poorest countries, Europe need to organize a legal route for refugees through an effective resettlement process from countries bearing the greatest strain of hosting refugees. As the author claims “Europe’s choice is between proactive, shared, organized and legal efforts to address the refugee crisis, and disorganized, illegal and inhuman flow of desperate people”. 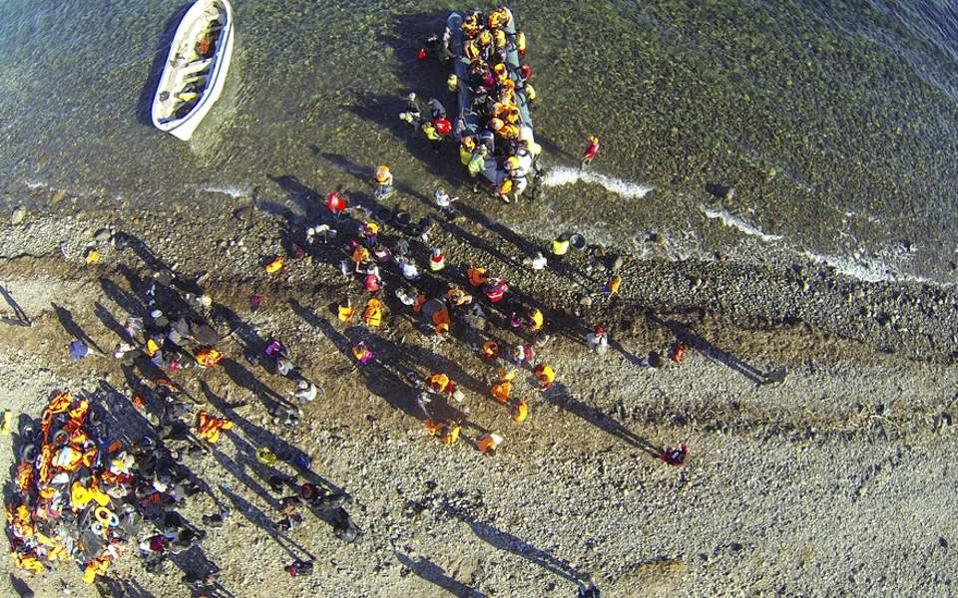 There is an irony to the phrase “European refugee crisis.” If you are in Africa, the Middle East or South Asia, you know that the refugee crisis is felt most acutely in countries neighboring those in conflict. Now is the time for Europeans to address the seriousness of the issues we face. Greece is a good place to start, since it has been in the eye of the storm.

Jordan currently hosts 655,000 refugees; Lebanon, 1 million; Turkey over 3 million. Kenya has hosted hundreds of thousands of refugees for decades. Uganda now hosts 1 million South Sudanese refugees. Bangladesh, already poor and bearing the brunt of climate change, will soon host 1 million Rohingya refugees. In fact, the majority of the world’s refugees are hosted in some of the world’s poorest countries.

Here in Europe, more than two years since the West’s collective conscience was first moved by images of hundreds of thousands of desperate women, men and children, risking their lives on inflatable dinghies in an attempt to reach safety, we are still dealing with the consequences. My message is that this is manageable – and Europe should lead the way.

The number of those who arrive on Europe’s shores is down significantly. The number of those who lose their lives attempting this journey is down too. But this is no reason not to bring new urgency to Europe’s efforts. With the US in retreat, on the diplomatic front as well as the humanitarian, Europe needs to step up. That starts in Greece.

The International Rescue Committee has been working in Greece since July 2015. At our peak we employed 384 people – nearly all of them Greek. We have cared for unaccompanied children, provided psychosocial support to thousands of refugees, given financial assistance to those in desperate need. We have worked on the islands and on the mainland. At each stage we have worked closely with Greek local and national government, and with European authorities. We see three short term priorities now.

First, the Greek islands need to be decongested immediately. Currently, over 12,000 people are being forced to stay in overcrowded, ill-equipped hotspots. The International Rescue Committee, along with 23 other organisations, has called on the Greek government and EU leaders to dramatically improve conditions on the Greek islands and take immediate steps to ensure that people are transferred to the mainland. The risk is real that people will, once again, lose their lives this winter due to the conditions in which they are forced to live on the islands. This is unacceptable anywhere, but particularly in Europe. And it is all the more unacceptable that little has changed in the past year.

Second, asylum processing must be properly resourced – so that individuals who have a right to stay because it is not safe for them to go home, are allowed to do so, and those who do not qualify for asylum are returned. The funds exist for this and should have been spent long ago. Arrivals in Greece have to wait often as long as a year or more to have their cases decided. The IRC has been calling for proper staffing for the asylum process both on the Greek islands and the mainland.

Third, it is long past realistic to assume that Greece and Italy can carry the bulk of the responsibility for this response. Currently approximately 30,000 refugees are stranded on the Greek mainland. The whole of Europe needs to stand up to this challenge. This is a response that cannot be dictated by geography.

These three urgent steps need to fit into a larger strategic picture. Europe needs to organize a legal route to hope for refugees through an effective resettlement process from countries bearing the greatest strain of hosting refugees. The European Parliament’s recognition that the EU should aim to resettle 20 percent of the world’s most vulnerable refugees, as defined by the UN, is a step forward.

The European Commission’s suggested revisions to the Dublin Regulation which would introduce a new “fairness mechanism” to be applied when member states are facing disproportionate pressure, is on the money. The European Parliament has proposed an automatic and permanent relocation scheme – also a positive. And Europe’s long term humanitarian and diplomatic engagement in countries in the midst of civil war and crisis is essential.

As throughout history, the issue of how to protect survivors of war is not just about policy – it’s also about politics. Europe’s choice is between proactive, shared, organized and legal efforts to address the refugee crisis, and disorganized, illegal and inhuman flow of desperate people. I know which is smart and right in the 21st century.

* David Miliband is the president and CEO of the International Rescue Committee. His new book “Rescue: Refugees and the Political Crisis of Our Time” is out now.