The Greek Forum of Refugees , as one of the organizers of the Transatlantic Migrant Democracy Dialogue, participated in the 2nd Decomocracy Camp that took place on 12-14 October in Dublin ,the  capital of Ireland.

Trainers from various organizations from the United States of America and Europe conducted a series of training seminars to organize a movement from immigrants and their allies in order to improve the quality of justice on issues that concern them.

The training focused on four (4) points:

In the training seminars for Community Organizing, the President of the Greek Forum of Refugees, Mr. Yonous Muhammadi, took part as a trainer.

Among the participants were presidents and representatives of many migrant and refugee communities from various European countries, including RISE members, a network coordinated by the Greek Forum of Refugees.

Furthermore, it was widely acknowledged that the forthcoming European Parliament elections will be the most crucial elections in the history of the European Union.

This year’s training camp gave the opportunity to all participants to engage in a constructive discussion of ideas in finding solutions to all the issues facing immigrant and refugee communities in a daily basis,  at European and international level. 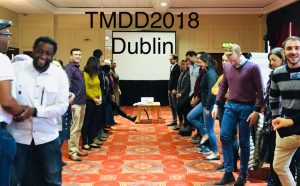 0
SHARES
ShareTweet
Open Call for Volunteers Educators! The final Resolution of the 1st Refugee Parliament 2018 in the European Parliament