The Evolution of the Refugee Crisis

Every week, the GFR highlights one topic through the sharing of articles from external media or partners. Today, emphasis is given to the evolution of the refugee crisis in many European and Middle Eastern countries and the need to call for a concerted response at a European and global level.

The 2015 refugee crisis is still a raw issue for millions of Europeans, and continues to serve as fodder for populist and nationalist movements. But, in reality, the situation has started to improve dramatically in many host countries, and it is now incumbent on European leaders to ensure that the trend continues. 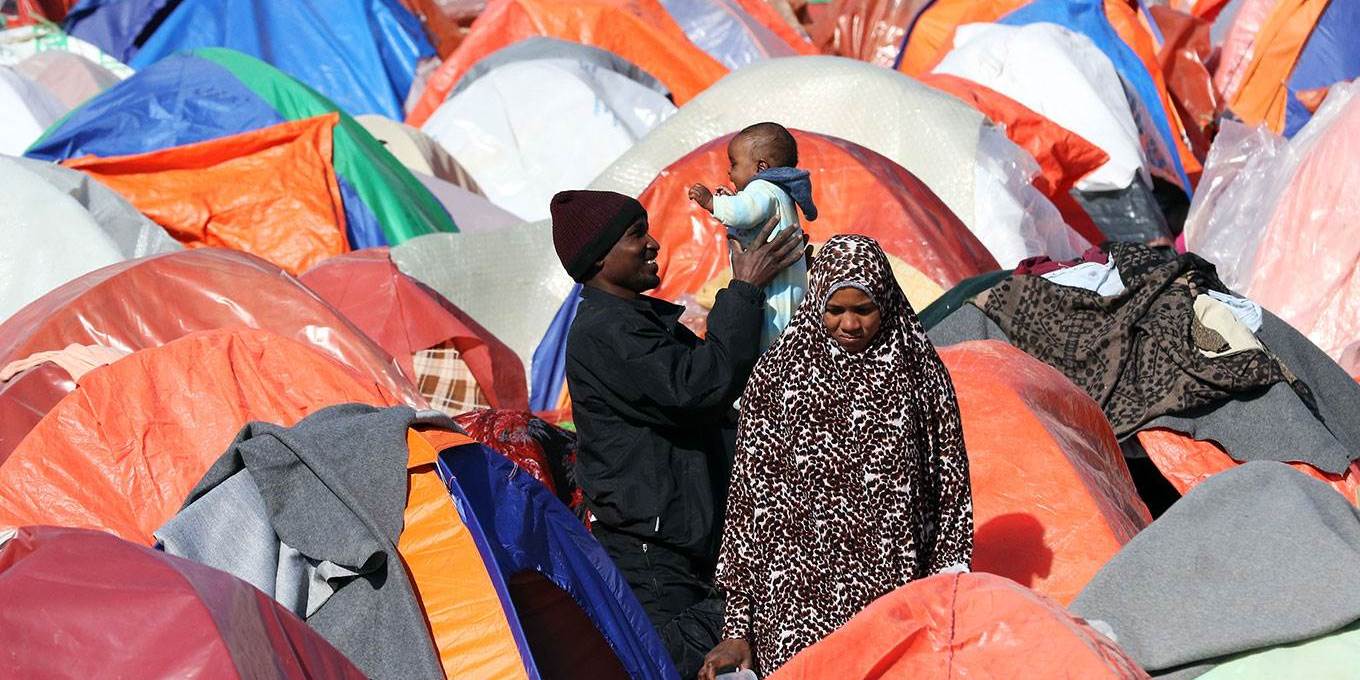 LONDON – As they celebrate Christmas, Germans are also remembering the dead from last year’s attack on a Berlin Christmas market by a migrant who had been denied asylum. That incident fanned the flames of public sentiment against immigration, and probably played a role in Chancellor Angela Merkel’s stunning failure to form a new a coalition government after the federal election in September. Within the German electorate, there are widespread fears that another wave of migrants like the influx two years ago will deluge the country.

But the facts on the ground have changed dramatically. On November 15, 2015, a migration command center in the German Foreign Ministry on Werderscher Markt in Berlin was tracking refugee flows at every potential border crossing on the route from Greece to Germany. Eventually, of 12 million displaced Syrians, one million arrived in Europe. And despite a massive response from the German government and members of the public, many asylum-seekers ended up sleeping on the streets and in railway stations. At the time, there were rumors of a migrant-fueled crime wave sweeping the country, though later research found little increase in crime along migration routes.

Two year later, much has changed. The German bureaucratic engine has been firing on all cylinders to process asylum claims and facilitate integration. Of 700,000 asylum applications in 2016, almost 300,000 were denied, and those people are waiting to be returned to their countries of origin. Greece, the first stop in the European Union for refugees from the Middle East, has started to close some refugee camps, after granting asylum to around 50,000 people. And even Italy, the first EU port of call for African migrants, is now experiencing a decline in asylum applications.

Turkey, meanwhile, has stuck to its deal with the EU, whereby it receives financial aid in exchange for taking in Syrian refugees. Before the deal entered into effect in March 2016, Turkey’s government had been actively encouraging migrants and refugees to continue to Europe; now, it is integrating refugees into Turkish society, and even trying to prevent high-skilled migrants from leaving. Accordingly, the European Commission announced this month that it would provide another €700 million ($830 million) in aid to Turkey.

The situation has also improved in Northern Iraq (Iraqi Kurdistan). Previously, the Syrian civil war and the rise of the Islamic State (ISIS) had displaced three million Iraqis and hundreds of thousands of Syrian Kurds. But now that ISIS has been defeated militarily and its territory reclaimed, refugee Kurds have a choice of either staying in Iraq or returning to Syria. Internally displaced Iraqis, on the other hand, are expected to return to whatever remains of their cities and homes – a process that has been accelerated by the Iraqi Kurds’ renewed push for independence this year.

Against this backdrop of relatively improved conditions, Lebanon stands out as an exception. Although Lebanon has a population of just four million people, it is now host to more than 1.5 million Syrian refugees. The result is a growing sense of refugee fatigue, which is threatening to destabilize the country’s fragile multi-confessional power-sharing arrangement. Already, the government’s rhetoric has started to focus on returning refugees to Syria, rather than on determining how best to provide for them.

As for the refugees themselves, many are visible in the streets of Beirut, the capital, but most are stuck in camps or temporary host communities, and lack adequate access to health care and schooling. And even when refugees are accommodated by schools and universities, they have limited employment prospects after graduating. Another lost generation is coming of age in a country that has long been riven by bungled integration efforts. Making matters worse, following the resignation and return of Prime Minister Saad Hariri, Lebanon is now experiencing a political crisis that has raised the specter of a return to civil war.

So, what can be done? Neighboring Jordan may offer one model to follow. Rather than integrating refugees, Jordan has until recently kept them largely confined along the Syrian border. At first, this left refugees with little access to education or labor markets. But, thanks to concerted efforts by the international community and funding from the EU, there are now several programs in place to stimulate investment, encourage companies to hire refugees, and create special economic zones on the border. The idea is that by spurring economic activity on the border, Syrian refugee communities and businesses can start to develop the capacity needed to rebuild post-war Syria when the time comes. It is too soon to evaluate the full impact of these measures, but they are promising nonetheless.

But Europe, for its part, must do far more than provide funding. The failure of European governments to manage the sudden influx of refugees in 2015 has fueled populism and intolerance in previously open societies. True, this failure was partly due to genuine constraints, particularly in health-care and education systems. But it also reflected poor preparation, a lack of coordination, and insufficient investment.

The refugee crisis is fundamentally a systemic challenge, because developments in one country can affect many other countries. As such, the crisis demands an EU-level and, indeed, a global response. Fortunately, for the first time since Syria’s civil war began, there is hope that the EU might muster an effective joint approach to the problem. In a wide-ranging speech at the Sorbonne in September, French President Emmanuel Macron injected new energy into EU policymaking in this area. And, inspired by the Jordanian model, EU policymakers can now begin to develop a more coherent, evidence-based migration policy.

Of course, much will depend on Germany. One hopes that its leaders will not let whipped-up sentiments about migration torpedo a coalition agreement. They must recognize that German leadership in the EU and on the world stage is crucial for managing the migration challenge, not least in Germany itself.

Erik Berglöf, a former chief economist at the European Bank for Reconstruction and Development, is Professor of Economics and Director at the Institute of Global Affairs, London School of Economics and Political Science.

8
SHARES
ShareTweet
Happy New Year for All (?) In the eye of the refugee hurricane