Attack on Refugees in Lesvos

The organized attack of extremist and other individuals against refugees at the protest of Sappho Square in Mytilene on Monday evening, 22 April, constitutes an alarming incident and requires the immediate awakening and mobilization of all.

On the occasion of the death of young Ali from cardiac complication, refugees had gathered in Sappho Square at the port of Mytilene, a central city point, since last Tuesday.

The gathering was turned into a protest against the entrapment of thousands of people in wretched conditions on the island, a situation that remains both fragile and dangerous. These living conditions, which have repeatedly been denounced by many organizations and institutions, as well as the vulnerability of the people, coupled with their long stay there, lead to despair resulting in every opportunity for protest turning into a ray of hope for freedom and improvement of the situation, without, however, seeking to trigger problems. 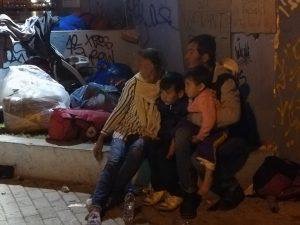 In this hope, some individuals may be taking advantage of the policies pursued by the Greek government and the EU, which call for even more restrictions and categorization of people’s vulnerability.

The Greek Forum of Refugees is certain that everybody in a similar situation is vulnerable by definition especially while living conditions are becoming even worse therefore the most vulnerable are experiencing ever greater consequences. GFR predicts that because of the challenges, conflict and continuing tension in their countries of origin, more and more refugees will be making their way to Greece due to a lack of alternative solutions and, if the same situation continues in the hot spots, the tensions will increase leading to even more serious or uncontrollable incidents.

It is certain that the refugees themselves acknowledge the solidarity that the local community of Lesvos has demonstrated towards them, despite the fact that the island suffers as well because of the followed policies that may lead some falsely to a conflict. Proof of the local solidarity of the people was the human chain set up Monday night to protect the most vulnerable during the attack. 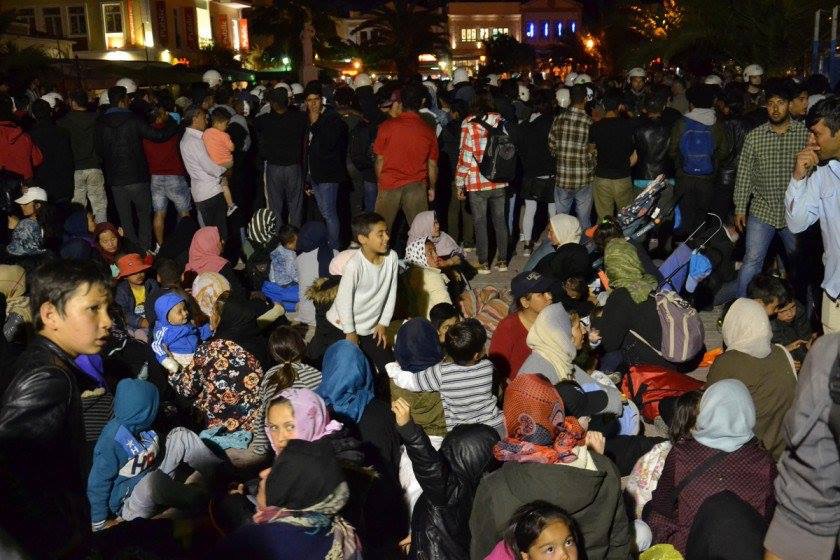 GFR is deeply concerned by the fact that the arrests of refugees may give way to unfair arrests and, hence, likely condemnation and expulsion from the country, as the arrest and detention of the Moria 35 and other refugees – whose trial continues-, very well shows, and emphasizes that